One of the biggest complaints I’ve heard from people who have litigated their divorces or gone to court over custody and/or visitation issues is the total lack of privacy.

In addition to inviting lawyers into the controversy with the parties’ choice to litgate the matter, all sorts of folks get to hear about the why and how and when the problems between the parties began.

All sorts of court personnel get a glimpse into what happened during the marriage that led to the irretrievable breakdown.

All sort of complete strangers are witness to the blaming and finger-pointing which are inevitable components of the “adversarial” system that pits Party #1 versus Party #1. 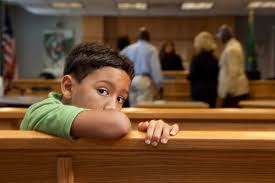 Bear in mind that Party #1 and Party #2 are by and large two people who once loved each other and likely had children together. Now they’re standing in court–center stage–for the “entertainment” of people who can never exactly “know” the details, but can only pass quick judgment on the unfolding scene.

Mediation is different. It is a place that respects privacy.

When people come to our office to collaborate toward a client-created solution, it’s them and us in the room: (usually) two parties and two co-mediators. You might be pleased to learn that the two co-mediators, i.e., Rob and myself, are duty-bound to confidentiality at all times and neither one of us could ever be subpoenaed to court as we are protected from testifying by statute. These realities lend another layer of privacy to the parties.

For those wishing to keep their domestic lives and personal matters private from apathetic, though critical strangers, mediation is always a better choice over litigation.