One way that mediation is nearly always better than litigation is the lower cost. In almost every case, it is simply less costly to pay for a mediated settlement than it is to pay for a litigated result. In fact, I cannot think of even one instance where mediation out-priced litigation.

Let’s take for example one set of “facts” and cost compare:

A couple who have been married for eighteen years, two minor children, the marital home, two vehicles, retirement accounts for husband and wife, a significant inheritance coming from the wife’s side, one boat, and a small plot of lakefront property out of state.

If the parties choose to litigate the matter, they are likely to spend between $15,000.00 and $20,000.00. That figures two lawyers each working for between 30 and 40 hours on the matter. The lawyers’ billable time included the hours sitting in the hallway of the courthouse waiting for the case to be called.

If instead the parties choose to mediate the matter, they are likely to spend between $3,500.00 and $5,500.00. That total includes two co-mediators working between six and ten sessions and all costs to draft the requisite paperwork for court.

When it comes to cost, a mediated agreement is better than a litigated result (nearly) 100% of the time. And I believe at Holistic Mediation that you should keep as much of your own money as possible 100% of the time. 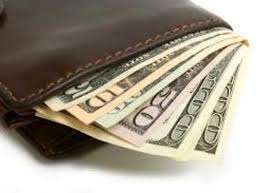